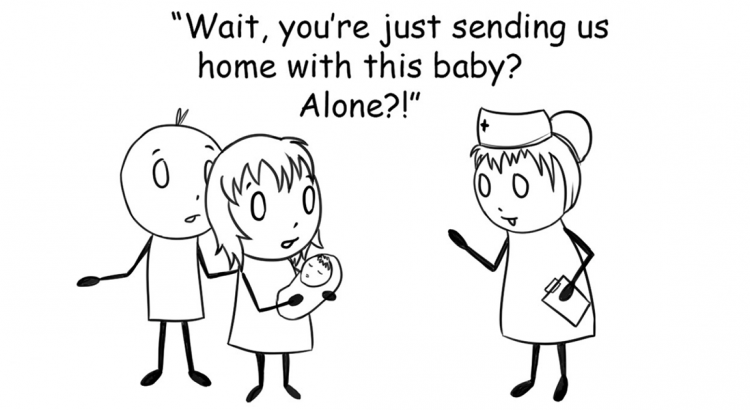 Here are 29 things only a new parent would understand. 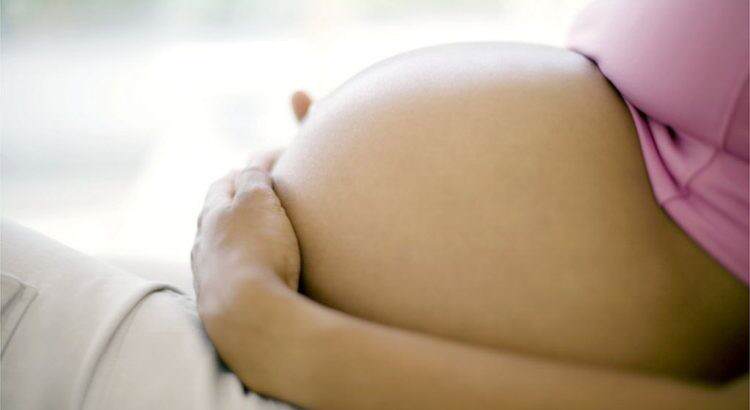 A father who won a groundbreaking legal case on Britain’s surrogacy laws has told the BBC he hopes he will soon be given the same rights as other parents.

As he is single and his baby was born to a surrogate mother, he cannot be given full parental responsibility.

Without parental responsibility, he cannot legally make key decisions about his own son, he said.

In May he won a High Court ruling and the government has said it will now update the law on parental orders.

The current law – the Human Fertilisation and Embryology Act 2008 – allows married couples, civil partners and couples in an “enduring family relationship” to apply for parental orders after a surrogacy arrangement – but not single parents.

In his first interview since the court case, the father, who the BBC is not naming, said he turned to surrogacy because “several of my friends started having children and that made me think about having my own child or children in some way”.

His son is now coming up to his second birthday and his identity was protected in court. We will call him Sam and we will refer to his father as Michael.

Michael told BBC Radio 4’s PM programme that he went to a surrogacy agency in the US, which put him in touch with a woman who has “got several children of her own, she’s been a surrogate previously and she was very was happy to help me out”.

“Several of my friends have said that their friends have chosen to have a child while they’re single, but obviously for biological reasons, it’s much easier for them.”

His baby was conceived using his sperm and a third-party donor’s egg. However, due to differences between British and American surrogacy laws, the child was caught in an “international legal limbo”.

Michael’s solicitor, Natalie Gamble, said that in the US, Michael was recognised as the sole parent with full responsibility.

However, under UK law, the surrogate is treated as the legal mother and she is the only person in the UK who has the responsibility and authority to make decisions about the child’s day-to-day care.

This means that Michael and Sam face potential problems.

“When he’s older, I can’t choose which school he goes to. I took him to hospital once and they asked me ‘do you have parental responsibility?'”, he said.

“Not being able to apply for a passport was an issue – because I wanted to take my son away on a trip for a short period of time.”

Natalie Gamble added that if Michael died, there could also be “a very messy situation” as technically the surrogate would be left with the default responsibility of looking after the child.

For now, Sam has been made a ward of court. This means the High Court makes decisions about his care and safeguards his welfare, with Michael responsible for Sam’s day-to-day care.

The Human Fertilisation and Embryology Act 2008 allows parents in this situation to apply for a “parental order”, giving them full responsibility for the child but these cannot be granted to single people.

When the law was brought in, the then Labour government felt that due to the magnitude of surrogacy arrangements, they were best dealt with by couples.

It is not illegal for single people to have children in this way but it means they cannot get parental orders.

Michael knew this but still went ahead with the surrogacy.

“The British law allows surrogacy,” he said. “Whilst the government try to make it hard by not allowing the parental order to give me those rights, they clearly haven’t chosen for it to be illegal – otherwise they would’ve done so.”

His only option would have been to try to adopt Sam but instead he decided to challenge the law.

In May, the High Court found the law to be incompatible with the Human Rights Act.

Lawyers for the Health Secretary Jeremy Hunt accepted that the different treatment of single people could no longer be justified.

Health minister Lord Prior told Parliament in June: “The government has accepted the judgment. We will be looking to update the legislation on parental orders, and are now considering how best to do this.”

The Department of Health said this was likely to happen within the next 12 months.

Michael told PM: “I’m very happy because it means that there’s a strong likelihood that the law will be changed and I will have full parental responsibility over my son.

“It will mean that I’ll be in the same situation as most families.

“I don’t see why there’s any difference between me having a child, albeit through surrogacy, and someone else choosing to have a child on their own. It’s the same situation – people choose to have the child because they want the child.”

He said the legal action cost him thousands of pounds, but he has no regrets.

Some MPs like Labour’s Rob Flello are concerned about the potential implications.

“What about the human rights of the child? For me that is absolutely paramount,” he said.

“And ultimately, all these issues around surrogacy, whether it’s parental orders or other legal requirements, are there because Parliament still has concerns about the implications in the long-term of surrogacy.”

Michael’s solicitor, Natalie Gamble, said many people were waiting for the law to change – she has more than 40 clients in a similar situation.

“In most cases people are muddling through, making decisions and hoping that no-one ever asks the questions to uncover the fact that they don’t have the status they need,” she said. 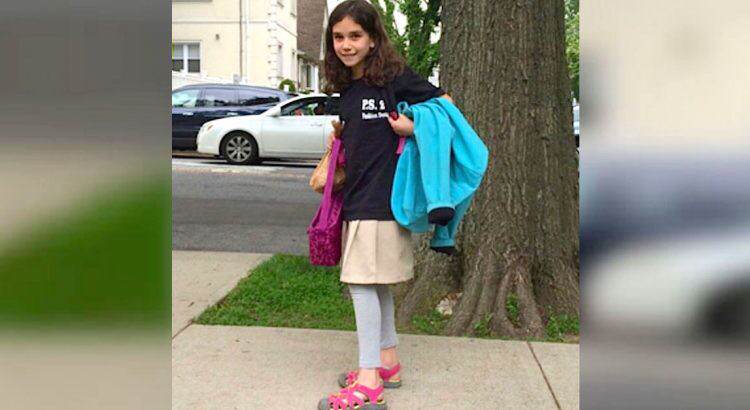 Every year, K-12 students in New York City are given “Fitnessgrams” to take home and show to their parents. These “fitness score cards” are distributed to assess students’ health. One of the measurements included in these Fitnessgrams is each student’s BMI, or Body Mass Index.

In 2014, 9-year-old Gwendolyn Williams was sent home with her personalized Fitnessgram sealed up in an envelope. Students were instructed not to open or read the letters themselves. But like most of her curious friends, Gwendolyngave in to the temptation.

The third grader was shocked to read that her school described her as “overweight.” After all, Gwendolyn was just 4 foot 9 and weighed 66 pounds at the time, a “pencil-thin” and active little girl. Distraught, Gwendolyn showed the letter to her mother, Laura, who was absolutely appalled.

That night, Laura caught Gwendolyn grabbing at the skin of her waist, pulling atwhatever flesh she could and worrying she was fat. Laura was heartbroken to see her daughter so confused and self-conscious about her body. Some of Gwendolyn’s friends found out they were classified as obese intheir Fitnessgrams, andspent the night in tears.

Laura was so outraged that she shared her story with the media but the school bit back, reminding critics thatthe students were told not to open the letters. “With body image such an issue, it’s amazing to me that these letters weren’t mailed to parents,” she told FOX News. “What kid’s not going to open that?”

Other parents agree with Laura, saying that it’s not a school’s place tomeasure and analyze a student’s BMI.

What do you think about the Fitnessgram? Let us know, and

A brother and sister recently announced plans to make a baby together.

The story of Samuel and Bronte Leighton-Dore was presented by many mediaoutlets in an extraordinary way and, had you seen these alone, you might have believed the siblings were in an incestuous, broody relationship.

But here’s the deal: at no point will the pair be mingling their own DNA. Samuel is gay and wants children with his long-term partner. So Bronte offered her eggs, which will be implanted into a surrogate and impregnated by Samuel’s boyfriend. Easy peasy.

But Samuel and Bronte are no fools – indeed, they are quite revolutionary, for they acknowledge the power of genetics. By using his sister’s eggs to have a child, Samuel is simply trying to keep things in the family.

Families matter, genetics matter. And that’s something that’s been forgotten over the last decade, as anonymous egg and sperm donation have soared in popularity.

Medical experts understand fertility treatment better than ever before, yet the public remains in the dark about the biological aspect of human development.

Many seem to think that, like organs, sperm and eggs can be easily transported into a new home afresh. But each carries a whole injection of personality from its creator.

I blame socialists for the rise in this nurturist thinking; they’ve peddled the idea that babies are a blank slate that can be shaped into anything depending on their environment. 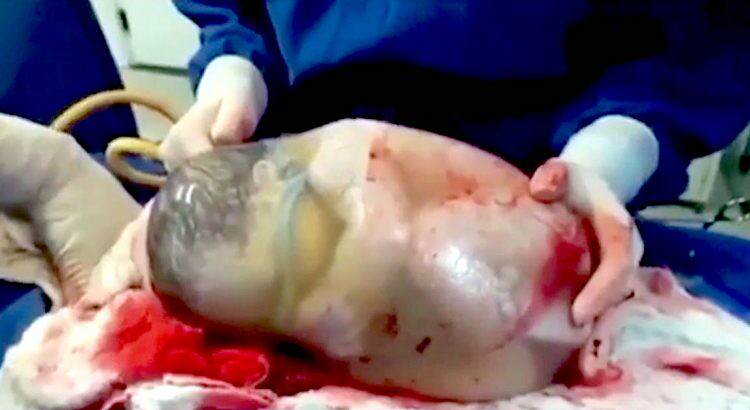 As an unborn baby grows inside the protective membrane of his or her mother’s amniotic sac, the sac typically bursts on its own, causing the mother’s water to break. The baby you’re about to meet, however, was not born the traditional way and if you’re able to stomach it, you’re in for a miraculous surprise.

The following footage was recently recorded in a hospital in Spain. It captures the rare moment that a baby is born within a fully intact amniotic sac, just minutes after its twin was delivered normally. This is also known as an “en caul” birth, as the word “caul” means “helmeted head” or “veil.”

En caul births are very rare and are estimated to occur in one in every 80,000 births, possibly even fewer.

Curled up in a ball on the hospital table, the baby can be seen making subtle movements and slight motions, and you can clearly see the blue umbilical cord also inside the sac. Doctors and nurses are gathered around the baby, and it’s clear even they are in awe of the medical miracle laying right in front of their eyes.

I can only imagine what it was like to break the baby out of the sac and to see the moment the twins meet outside of the womb.

Note: This video contains graphic imagery that may be disturbing to some viewers.

If you think this baby’s birth is fascinating too, then please SHARE this clip with your friends on Facebook!

"Our experience with Los Angeles Surrogacy Agency was fantastic! They answered all of our questions and made us feel really comfortable about the whole process. I would definitely recommend them."


Become a Surrogate Bakersfield CA Call (807) 387-9004
Do you want to become a surrogate in Bakersfield CA? Los Angeles Surrogacy is an online surrogacy agency that specializes in matching intended parents with qualified surrogate mothers both here in the US and internationally.

Become a Surrogate Long Beach CA Call (807) 387-9004
Do you want to become a surrogate in Long Beach CA? Los Angeles Surrogacy is an online surrogacy agency that specializes in matching intended parents with qualified surrogate mothers both here in the US and internationally.

Become a Surrogate San Diego CA Call (807) 387-9004
Do you want to become a surrogate in San Diego CA? Los Angeles Surrogacy is an online surrogacy agency that specializes in matching intended parents with qualified surrogate mothers both here in the US and internationally.

Become a Surrogate Los Angeles CA Call 807 387 9004
Do you want to become a surrogate in Los Angeles CA? Los Angeles Surrogacy is an online surrogacy agency that specializes in matching intended parents with qualified surrogate mothers both here in the US and internationally.